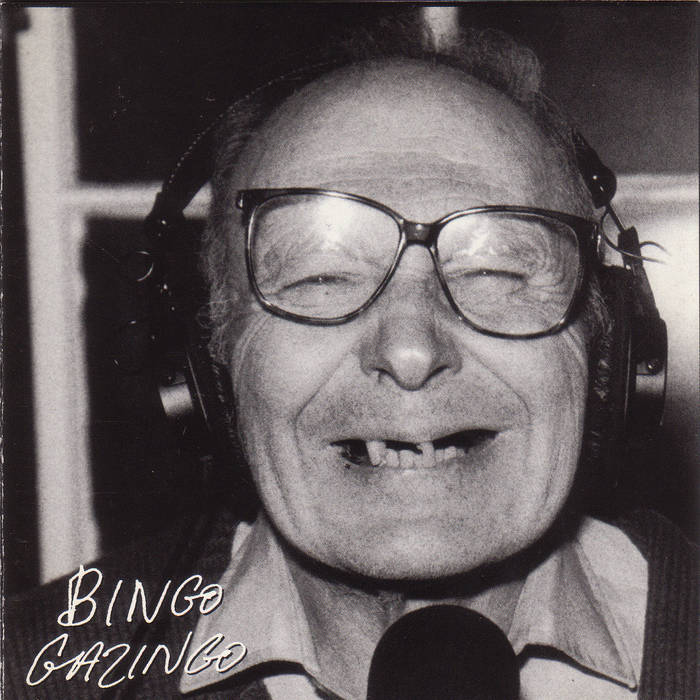 Murray Wachs, better known as Bingo Gazingo (June 2, 1924 – Jan. 1, 2010) was a legendary New York street poet and colorful character. In the 2000s, Bingo performed every Monday night at the Bowery Poetry Club in downtown Manhattan. He died at age 85 on New Year's Day 2010 when he was struck by a cab on his way to perform at the Bowery Poetry Club.

A dazzling wordsmith of Beefheartian bent, Gazingo usually recited lyrics without listening to what the band behind him was playing, causing an arrhythmic disconnect between words and music. His lyrics were often self-deprecating, absurd, confrontational, angry, and crude, with such titles as “Up Your Jurassic Park,” “I Love You So Fucking Much I Can’t Shit,” “Two Pack Shaker,” and “Oh Madonna (You Stole My Pants).”

Wachs was born in Queens, New York. He recorded this album, his debut, in 1997 at WFMU radio studios with R. Stevie Moore, Dennis Diken (Smithereens), Dave Amels, Chris Butler (Waitresses, Tin Huey), Bob Brainen, and Chris Bolger. He later made a number of recordings with My Robot Friend (Howard Rigberg), and in 2009 recorded a second full album produced by Leo Abraham, entitled "I'm So Used to Losing." In addition to performing at various clubs in New York, Bingo made a handful of appearances in Europe.