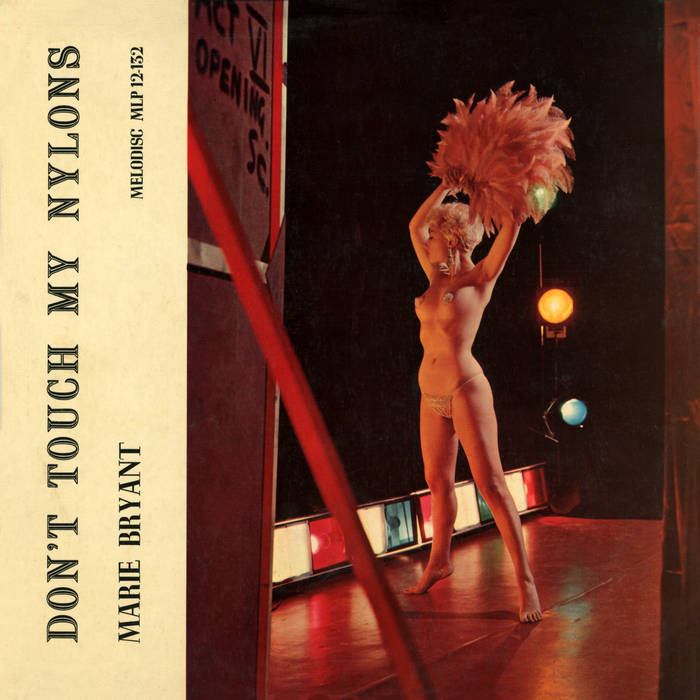 Marie Bryant (c. 1917–1978) was a rarity: a female calypso singer in a male-dominated genre. This is the sole album she released and it features her specialty: the sly calypso with naughty lyrics. Bryant issued numerous singles in the 1950s and early 1960s, many of which are collected on this album. It was originally issued around 1962 on the Melodisc label and has not been previously reissued in any format. This digital edition was restored from a clean vinyl copy of the original Melodisc LP. The album cover displayed is the original Melodisc sleeve, but we don't know if that's Bryant in the photo.

Bryant was a popular black "exotic" dancer in the late 1930s and early 1940s. Her performances were renowned for their sex appeal and spectacular costumes. She can be seen in such films as "The Duke Is Tops" (1938, with Lena Horne), "Gang War" (1940), "Broadway Rhythm" (1944), "Ziegfeld Follies" (1945, with William Powell, Judy Garland, and Lucille Ball), and "Basin Street Revue" (1956, with Cab Calloway). When Bryant's dancing career declined, she embarked on a successful singing career, again in films and on record, and became a highly sought-after dance instructor.

Wikipedia can be riddled with potholes when it comes to reliable info, but if half of the Bryant biographical allegations are accurate, she led a remarkable, productive, and star-studded life—and died too young. Along the way, names convincingly dropped: Marlon Brando, Pearl Bailey, Duke Ellington, Louis Armstrong, Betty Grable, Gene Kelly, Debbie Reynolds, Cyd Charisse, and others.